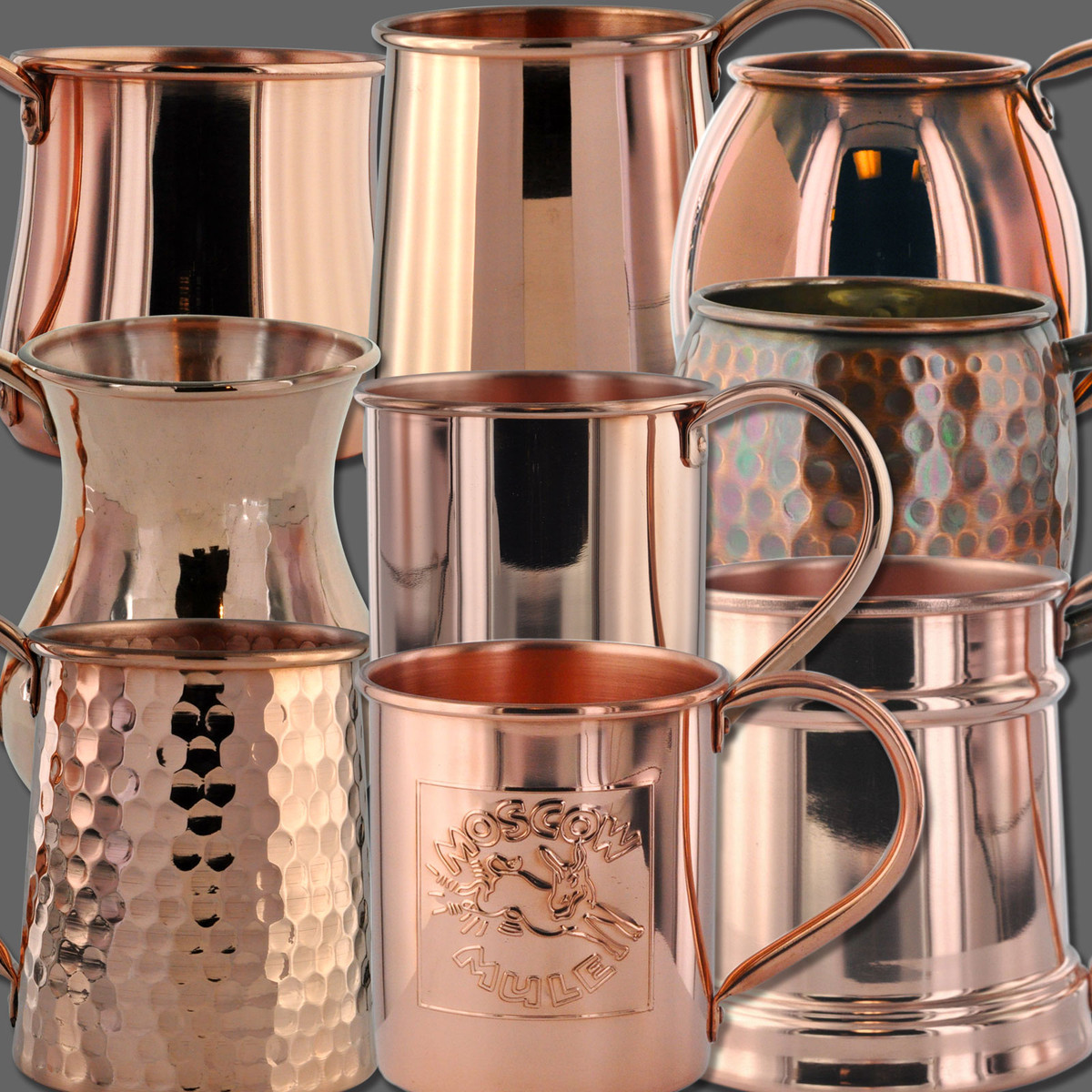 Much has been made about the fact that the Moscow Mule is served in icy cold solid copper mugs with many a cocktail pundit theorizing about just why that is and whether there is any actual benefit experienced by using such a drinking vessel. Some are convinced that the use of the copper mug in relation to the Mule is just a marketing stunt that caught on. But while it’s true that the copper cup was at least initially part of a clever idea to draw attention to the new drink when it was first introduced, the fact is that these mugs come with a bevy of benefits that deserve a closer look.

Serving a Moscow Mule in a cup made of solid copper may have begun as a kind of curiosity but today there’s no way any self-respecting barkeep serves a mule in anything else. Thankfully there are also a few very real benefits to the use of copper drinking mugs and below are a few of our favorites:

Copper Moscow Mule mugs long ago shook off their novelty aspect and became fixtures on the cocktail circuit first because the Moscow Mule called for them, second because they helped enhance the flavor of the drink and third because of unmatched aesthetic qualities that harked back to pre-industrial times while also embracing the new. If you’re debating whether or not to invest in these old-world style mugs rest assured that you can’t go wrong.

As you can probably tell those that attempt to downplay copper Moscow Mule mugs by either trying to hang the ‘gimmick’ tag around their lip or by claiming a complete lack of benefits associated with them are whistling into the wind. The copper mug has proven its aesthetic and practical benefits time and time again and only gains in popularity as the years roll by. Moscowmulemugs.com carries a full line of beautiful, timeless copper mugs in various styles to meet all your cocktail and other beverage needs. Have a look around.